Last night I went to the Women’s Final of the 2013 U.S.Open championship! 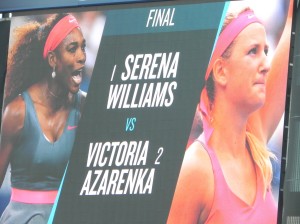 First of all, it is just way cool to just be at the U.S.Open.  The energy level is so high, and the venue is great….with entertainment, lots of food vendors, big viewing screen, and lots of U.S.Open paraphernalia shops.

I usually like to attend around the time of the quarter finals because then you get to see a lot of matches and a lot of good tennis players, while the Final is just one-on-one.  But it was not a disappointment!

Before the match started, Monica Seles was inducted into the US Open Court of Champions.

And Ne-Yo sang “America the Beautiful” while they rolled out the flag…it was quite a spectacle. 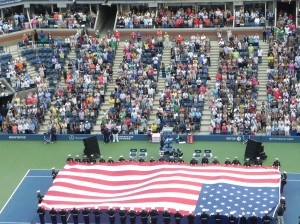 And then it was time for the match to begin… Serena Williams vs. Victoria Azarenka… 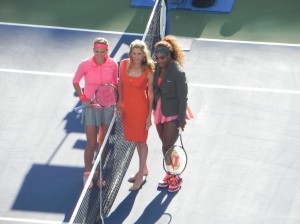 I have to admit, I thought that Serena was going to blow her away.  But she held her own, and the match ended up going to three sets.  Seeing Azarenka play in person made me appreciate her game much more than I had by watching her on TV.  She puts quite a spin on the ball, which was a challenge for Serena many times.  But Serena held in there with her power serve (she had a total of nine aces at as much as 126 MPH) and her ability to place the ball so close to the line.

Here are some of my photos from the match (from the nosebleed section of the stadium)…. 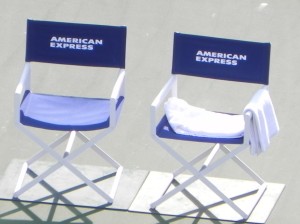 Awaiting the Game to begin 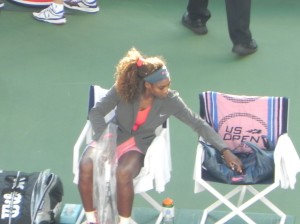 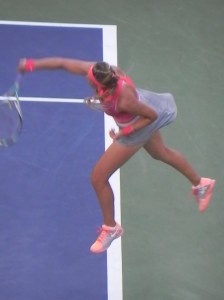 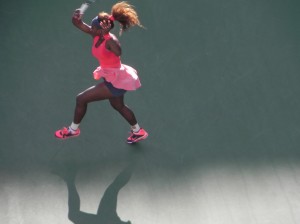 Serena turning on the power 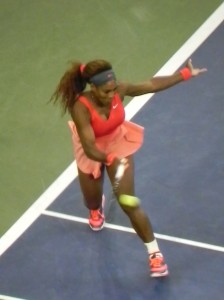 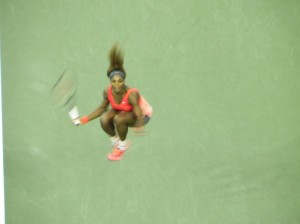 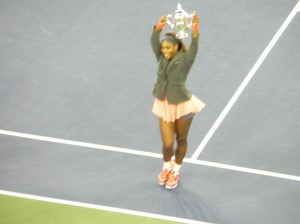 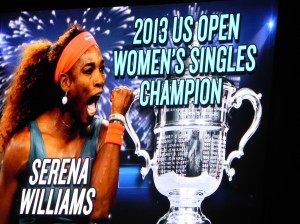 If you are a tennis enthusiast and you think you might want to attend the USOpen some day, look at the tips that I had included with last year’s post.   And start planning a trip to this Grand Slam tournament to see the best players in the world, right here in New York City!